The future of cities was a hot topic this year at the SXSW Interactive Festival in Austin, Texas, with two different panels devoted to thinking about what’s next. I moderated one of them, on “shaping cities with mobile data.” Megan Schumann, a consultant at Deloitte, was present at both sessions and storified them. Her curatorial should gives you a sense of the zeitgeist of ideas shared.

I spoke with New York City deputy Mayor Steven Goldsmith (@s_goldsmith) about citizensourcing smarter government in New York City earlier this year. The following interview with CSPAN is worth watching for those interested in further insight into his perspective on urban governance in the 21st century. 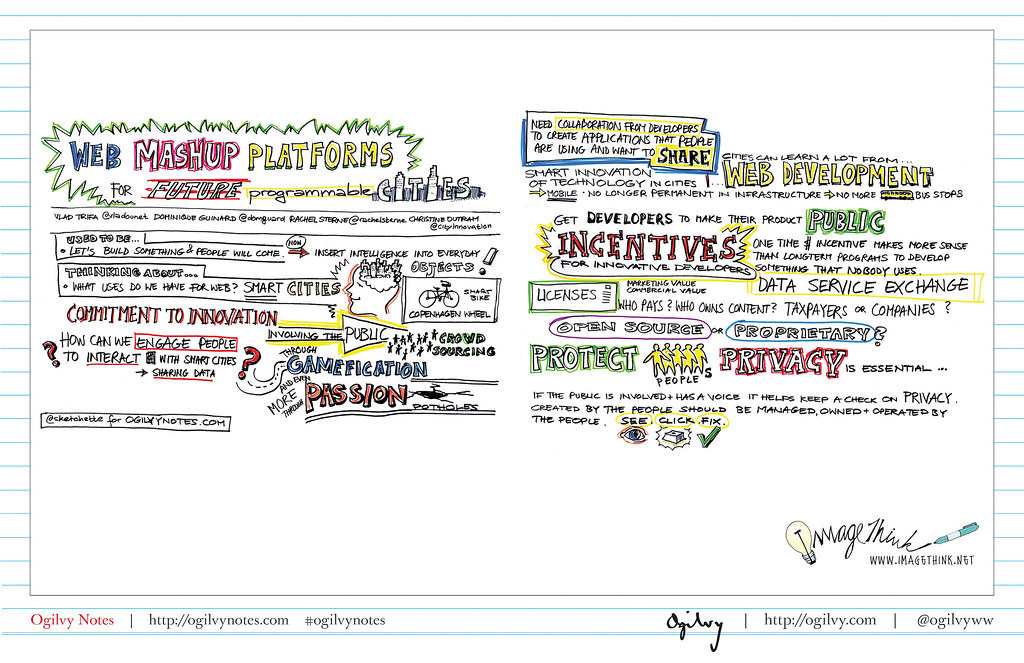 Today, the Aspen Institute hosted a roundtable on government transparency and online hubs in Washington, DC. You can watch the archived webcast below.

The roundtable focused on the release of two new white papers. The first, “Creating Local Online Hubs: Three Models for Action,” by Adam Thierer, discusses scenarios where community leaders, citizens, media, technologists and — critically, local government — can work together” to create local online hubs where citizens can access information about their governments and local communities.” Creating such high-quality online information hubs was one of the 15 key recommendations of Knight Commission on the Information Needs of Communities in a Democracy. “Just as communities depend on maps of physical space, they should create maps of information flow that enable members of the public to connect to the data and information they want,” said the Knight Commission. (Download PDF or Read Online)

“Governments need to get more information out and make it more accessible, said Thierer today. “This shouldn’t be controversial.” Thierer said that government can do well to catalyze and support this development simply by doing a better job of making such information easily available in easy to use formats. While open government data stores have grown, Thierer noted that this has not trickled down. He cited the example of Manor, Texas as one example of where one local champion (former CIO Dustin Haisler) got help from Stanford and other external resources to get the local open data repository online.

Thierer focused on the important role that libraries and local or state universities can play in this new ecosystem, by connected offline and online worlds. These universities could create “code toolboxes” that local communities can use, as Stanford did for Manor. He hoped that that model could be replicated nationally.

There are three basic issues here, according to Turner-Lee:

“All of us who have been in this debate have seen a conflict between these three factors, said Turner-Lee. The question, she said Turner-Lee, is how we empower state and local government. The challenge is that in most open data effort, “We are still in a one-way world, where data is pushed down to the public, not in a reciprocal ecosystem.”

It’s one thing to say citizens who should be involved, said Turner-Lee, but more needs to be done. “As an organizer, I can speak to that. It’s hard to get people to a block meeting,” much less meeting online, she said. There’s also a persistent issue of the digital divide that has to be addressed in this context. “We cannot proclaim government transparency” where millions of people don’t have online access, said Turner-Lee.

There are many examples of where open data is being put to use on the behalf of citizens now. Turner cited apps driven by transit data in Chicago, heritage trees in Portland or the use of 311 by SeeClickFix in the District of Columbia.

Jon Grant focused on a major pain point for government at all levels for tapping into the innovation economy: procurement issues, which civic entrepreneurs run into in cities, statehouses and Washington. “It is time to look at these procurement rules more closely,” he said, and promote higher levels of innovation. “There are a lot of ideas are happening but a lot of rules restrict vendors from interacting in government,” said Grant. Turner-Lee observed that traditional procurement laws may also not be flexible enough to bring more mobile apps into government.

Fundamentally, empowering more government transparency through the Internet will require both creating a climate for the actions, said Turner-Lee, but also through structural changes, specifically, through the release of spectrum and Universal Service Fund (USF) reform.

It will also require that state and local government officials are part of the conversation, “It they aren’t at the table, we’re going to be pretty much talking to ourselves,” said Turner-Lee.

Former San Francisco CIO Chris Vein, now the new White House deputy CTO for government innovation, agreed. biggest challenge of all is that we like to think there are templates. to a certain extent, they can be. fundamentally, all politics is local. To make this work in government, a community “needs someone who takes risks, who goes out there and makes it happen regardlesss of the cost.”

All stakeholder at the panel acknowledged the crucial importance of community institutions, nonprofits and libraries in addressing issues of the digital divide and creating a bridge between online hubs and local citizens. Turner Lee noted that billions of people over the course of years have come into libraries for assistance, particularly the homeless and low-income citizens. “What better way to get people into the system by enabling libraries to be a conduit of information?” she asked.

“Public information belongs to the public, and the public’s business should be done in public,” said Turner. That said, local citizens also don’t want data for the sake of data. “Consumption of this data would be inconsistent if the data doesn’t provide quality of life,” she said.

The citizens of Madison are a fairly tech-savvy bunch, but when it comes to technology in the civic space, we’re not as far out it the lead as we should be. I’d like us to change that, and join the list of cities developing applications as part of a Gov 2.0 movement.  This is a brief introduction, and what follows below is a three-part set of posts.

Part I focuses on some of what Gov 2.0 is, and uses Madison Metro as an example. Part II looks at how Madison is doing with Gov 2.0, and what we can be doing better. Part III looks at some specific Gov 2.0 systems that we could be building.

All three articles are excellent, and include several kind nods towards this blog and to Code for America and Civic Commons, two of the civic innovations organizations to watch in 2011.You’ll find thoughts on citizens as sensors, urban data, civic development, government as a platform, a “neighborhood API,”improving libraries, adding fibre, legislation tracking and more. Highly recommended.

Paulson also suggests excellent further reading in The Economist’s Special Report on Smart Cities and  Time Magazine’s article “Want to Improve Your City? There’s an App for That” for more background on Gov 2.o in cities.