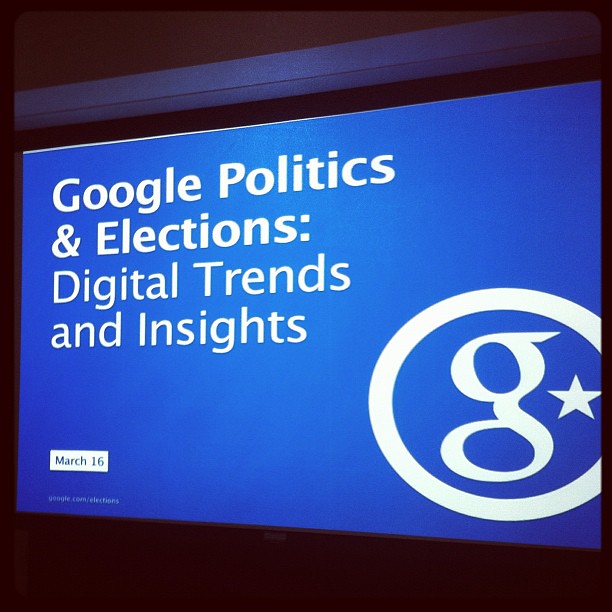 The Internet will be a core component of the 2012 election cycle. Of course, you follow technology and politics, you know that’s been increasingly true for years. Last week, speaking at a briefing in Google’s DC offices, Google’s Rob Saliterman cited a 3/10/2011 op-ed by Karl Rove in the Wall Street Journal, where he wrote that The impact of the Internet on elections has only begun to be felt:

The Internet makes it likely that more campaigns will be self-directed from the grass roots. The tea party movement, for example, would have been impossible to organize and coordinate without email and the Web. Thus campaign managers will have to rely less on activity in centralized headquarters and more on volunteers—working at their pace and in their way—to reach voters on their laptops, tablets and smart phones.

Cutting-edge campaigns have quickly grasped how the Web makes it easier and less expensive to transmit information. But campaigns are only starting to understand how to use the Web and social-networking tools to make video and other data go viral—moving not just to those on a campaign’s email list but to the broader public.

It took decades for the changes inaugurated by the “We Like Ike” TV ads to fully take hold. It will likewise take time for political practitioners to figure out what works and what doesn’t work on the Internet. But we are seeing a version of Joseph Schumpeter’s “creative destruction” fundamentally alter the landscape of American politics. It will have huge implications on how campaigns are run, who we elect, and what kind of country we become.

A year later, we’re seeing that reality writ large upon the canvas of the 2012 elections. The portrait of the impact of the Internet and mobile devices upon the decisions that Saliterman painted through statistics offers a glimpse at where the future is trending. (Sources noted where provided.) 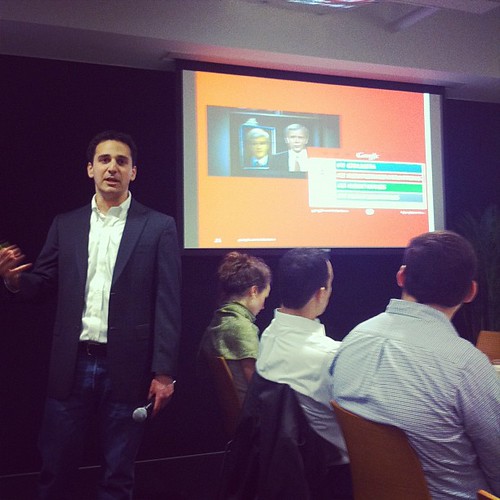 In that context, Saliterman shared out to the room of Washington politicos and media three ways that campaigns are using the Internet — or, more specifically, Google products — to reach voters and influence the political conversation:

More information on Google Elections is, naturally, available online, along with a toolkit.

There’s also a directory of public data that contains information on countries far beyond the borders of the U.S. that will be of interest to journalists and researchers who are not engaged in electoral politics. 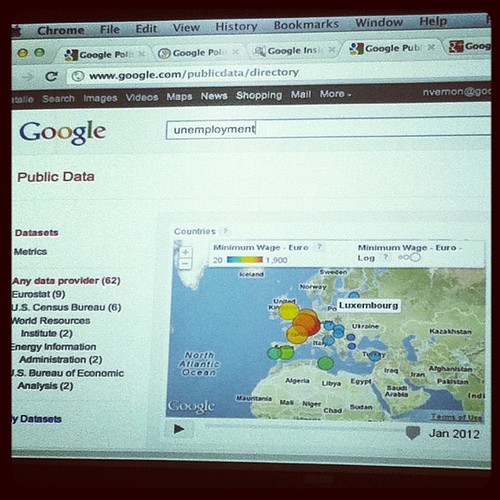 Postscript: For an excellent discussion of where campaigns are going in search of the digital voter, read Amy Schatz in the Wall Street Journal.

Correction: A statistic provided by Google about the percentage of smartphone/tablet owners that are registered to vote was removed from this post after it could not be confirmed.